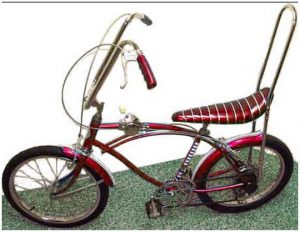 Back in the days before the internet, smart phones, game consoles and instant gratification for most your wants there was a land some considered backwards and/or even wicked called “Back Then”.

“Back Then” allowed many great freedoms that are not available now and some may consider them new freedoms. Most of these activities were free for most and in many situations you were forced to imagine which is also a new concept to some. You were normally not limited because “Back Then” was actually clean and wholesome to most and you could instantly enjoy yourself without electronics.

As a kid, this is what could we do “Back Then” that was so special.

“Back Then” was not as terrible as people from now may think and I am sure I would have enjoyed many of today luxuries if they had been available “Back Then”.

Thinking about cherished memories and the friends I had “Back Then” and wishing you a great day.