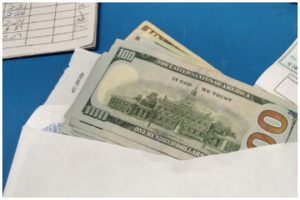 Have you ever taken a job that just did not feel right but you decided to do it anyhow?

Last year I had the pleasure to do just this and I am not joking when I say it felt like I worked for the hillbilly mafia. The question you may have is why do I say this, well let me begin.

The organization that had been ignored for ten plus years and although there were personnel that tried to move them into the early 21st century, they were not allowed to proceed and these personnel were considered trouble makers. This was not evident on the surface.

Why would an organization be ignored for ten plus years? The organization was part of many small organizations that had been passed from one generation to the next and was not critical in the scheme of things. In fact, the management of most of these organizations was moved to a small management company to many which I have identified as the hillbilly mafia.

Prior to accepting this challenge, I obtained assurances that I would be able to do what I needed to do to move forward and I developed, submitted and covered in detail the steps required to transition into the 21st century. I emphasized that it would take a minimum of twelve months for revenue improvement to occur. So, I moved forward with high hopes that this company could be revitalized within twelve to eighteen months.

Within two weeks of taking this challenge over I ran into my first indications of trouble. These issues worked hand in hand with each other and I should have known immediately the game was up and this was not a good fit but every challenge can be addressed right. What was the challenge?

This was the tip of the iceberg and end result was that you learn your lesson, move on and make every effort to not repeat the mistake. An opportunity that is right for you will come so it is best to wait.

Remember, if it smells fishy, tastes fishy and feels fishy, it is probably fishy.