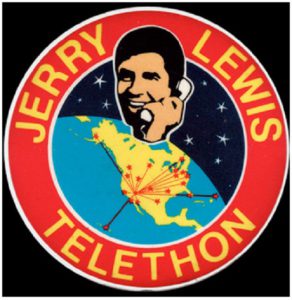 Great day to be alive to all current, future and past Quintastics!!

I am sitting here on Labor Day wondering what is missing from the end of summer holiday.

Wham, I realize that the Jerry Lewis MDA Labor Day Telethon has not existed for over five (5) year and worse yet there will never be another now that Jerry Lewis is no longer with us. I have always given to the boot drives or the retail store static drives for MDA so did not realize this era was gone until I looked for it on television and online today.

For those of us that are boomers or near boomers, during our formative years there was not 24 hours per day television except for Labor Day weekend when the MDA Telethon occurred. Like clock work, you would have the telethon and within a week to ten (10) days, you would have the Saturday cartoon preview on Friday night to see all the new cartoons.
When we were growing up, we were told time speeds up as we get older. I must agree that when we were young, time did drag and as we have aged, time appears to fly by. I must ask if time is really flying or does time fly because of the advancement of technology.
Think about the differences from the 60s/70s to and Now:

Slow down and smell the roses. Time may be moving fast but we have the capability to slow it down if we reconnect with activities that we enjoyed when we were young.

For me, watching the Jerry Lewis MDA Labor Day Telethon was the first sign that summer was done and fall was here. Time for new cartoons, football and hockey season, raking and later snow shoveling, etc.

Have a great day. Jay Patterson